Men have to understand that in today’s day and age that social media can and is impacting our lives in numerous ways. In today’s digital age, our society is connected in numerous ways through popular applications such as Twitter, Facebook, Instagram, Match.com, Tinder, Foursquare, and numerous other public and private applications. When going through divorce or a modification of custody or child support, both the man and woman should be aware of the issues social media sites can present.

More and more courts are allowing evidence from social media sites. Judges are considering and allowing text messages, screenshots, photos, and wording from blogs to be admitted as evidence. With this said, it may make sense you become familiar with these potential issues and exploit these mistakes your partner may likely make to strengthen your arguments. It is important to understand that once you leverage this, you will likely trigger her to refrain from using these sites, or she will likely privatize the application to make it more difficult or impossible to hack her accounts going forward.

Below are a number of items you want to avoid and exploit with your soon-to-be ex-spouse.

1. Posting pictures of you with people of undesirable backgrounds, such as felons, people convicted of DUIs, domestic abuse, etc. Judges can and may interpret these pictures of you as a possibility that you are exposing your children to these undesirable personalities, which isn’t in their best interest.

2. Posting photos of you on your recent vacation, with your new car, or with any recent purchases or monetary advances. Judges can and may consider this evidence when determining child support or general support. Any reasonable doubt can and may sway the judge’s trust in you. The judge may also consider your newly discovered financial status as a reason to increase support payments. Your spouse may also acquire an unfavorable attitude toward you after viewing these photos or evidence of your freewheeling lifestyle.

3. Refrain from posting pictures of you at parties or at social events where you’re consuming alcoholic beverages, or where drug use may be prevalent. The judge can and may consider your behavior as irresponsible, unstable, or immature. Unbecoming photos won’t bode well for you when arguing custody time. Pictures of you doing a beer bong, smoking whatever, or chasing a shot down with your buddies rarely casts a bright light on your character when the judge has to determine custody issues. Keep your private life just that—private.

4. Abusing text messages. The judge can and may consider your texting as harassment, threatening, or even abusive. Texting your ex multiple times each day just to check in isn’t an excuse for compulsive or jealous behavior. Don’t name call, threaten, or use capital letters to express yourself via text. Your desire is to maintain a civil co-parenting relationship and avoid any perception from the judge that you could and can be an angry, vindictive, or jealous person. Approach your texts with the following demeanor: If I were the judge or a third party, what would I think after reading this text? When in doubt, don’t send text messages. Be brief and to the point when texting. Don’t go on a long dissertation or diatribe, as this only serves to create confusion and misread emotions between you and your spouse. We also have a tendency to say things we don't mean...a night...when we are under the influence. Limit your texts to working hours only.

5. Journaling or Blogging about your case. Your judge can and may consider your information as evidence. If you’re ranting about your ex or the judicial process or what an idiot the judge is, it may sway the court’s opinion of you as well as call into question your integrity. Courts oftentimes do not like behavior that doesn’t promote healthy mutual respect between the two parties. They want you to work together as co-parents for the betterment of your children’s health and welfare. The court also wants to know that once you leave their courtroom that you are following through with their instructions and expected behavior discussed while you were both in court.

6. Checking in with location. is may not seem like much, but many people forget what they represent to their ex and the court saying they were out of town when they were actually in town or vice versa. Your ex may argue you gave her an excuse that you were out of town and thus unable to pick the kids up after that evening birthday party, when in fact the location service pegs you as being in town with friends, at a bar...maybe more than one. Anything the judge can use as evidence that shows your lack of honesty won’t bode well for you while determining custody or support issues.

Use a common sense approaches when using social media. Always review and take a second look at what you write, post, or blog prior to sending to check for content, tone, and attitude. Stay away from the grief that can come from a judge with an ill disposition that’s presented with negative evidence of you. Trust me, you want to avoid any perception of your lack of integrity or character that can and may lead to negative consequences for you.

- Kennedy Bell, House of Straw, a book for men on separation and divorce 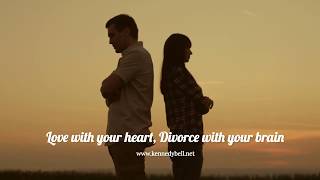